Posted on July 2, 2013 by itwillneverhappen2me 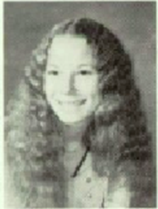 Rage was present in the room the day I was born. It filled the air thus filling my tiny newborn self with every breath I took. Rage was such a part of my family growing up that it had its own seat at the dinner table; its own blanket and pillow on each of our beds. Rage put gas in the car and slammed its fist in my mother’s face when it thought no one was looking.

I’ve learned to speak about my childhood as if it happened to somebody else. People often remark on how calm I am when I share some particularly horrific story from my past. Others are shocked at the laughter that accompanies some of these memories. Hey, it was what it was… fodder for a good story.

Honestly, it was either laugh or cry and I prefer to laugh.

Both of my parents were born into Rage as well, so there is a family legacy to uphold. I believe Rage even has its own branch on our family tree… It might actually be the original Patriarch of our family. Funny, neither of my parents wanted kids or so they said. Yet, if you counted us there would be a total of eleven. That is a far cry from the zero they both had hoped for.

Growing up my house was like a mine field. There were Rage bombs everywhere! Some you could see and others, well you would have sworn it wasn’t there a second ago but there it was and you were trapped and the only way out was to step on that bomb and endure the consequences.

Like most kids I told myself that I would do things differently when I was grown. I didn’t want children because I was afraid I would do to them what was done to me. So I had two… hey, that’s less than eleven so give me some credit for being different.

Being a parent was hard especially with the Rage bubbling just beneath the surface. It took a tremendous amount of energy to hold it in but I was pretty successful at it. I didn’t beat my daughters nor did they go without food or decent clothing. I wasn’t calling them a Whore at the age of twelve or forcing them to get up in the middle of the night to do a chore they forgot about earlier that day.

But Rage doesn’t just disappear. Rage has strong mojo and will not allow you to ignore it for long. So, I did what I thought every good mother should do; I swallowed it. I swallowed so much of it that I was forced to find a way to create more space for it. I became anorexic.

As I restricted food—which is a polite way of saying I starved myself—I was rewarded with the illusion that the Rage was gone. I was also rewarded with compliments from people about how thin I was and how they wished they could have my metabolism.  I became depressed.

I was 26 when the Rage and pain I had kept inside demanded to be released. I was so very afraid of feeling these emotions and how they would manifest, that I literally had a breakdown. After holding a loaded gun to my chest with the intent to use it, I knew something had to be done. I wasn’t ready to die but I was ready for the pain to end.  I was hospitalized and treated for depression and anorexia.

That was just the tip of the iceberg. You cannot expect to “cure” 26 years of pain and abuse in six weeks. I know, they tried.

Over the next couple of decades I found myself hitting the “rage” wall from time to time and when that happened I did what any good wife and mother would do. I went to therapy.

I had convinced myself that I wasn’t angry, sad or unhappy about anything. From the outside looking in you would believe I had it all together. Heck, you might even envy the Norman Rockwellesque scene I worked so hard to create.

Last May my husband of 17 years told me he wanted a divorce. I took the information in with a calmness that should have scared him. It’s okay, I told him. You have a right not to want to be married to me anymore. I wasn’t angry. I didn’t feel anything. I got up from the couch where I was sitting, gathered a few things and told him I was spending the night elsewhere then left.

A few hours later he received a call from the hospital stating that I was in a coma due to a lethal overdose. The paramedics made it just in time to save my life. It took the ER 40 minutes to stabilize me enough to transfer me to the ICU. When I woke up three days later the first words I said to my sister were, “You can’t be mad at him.”

A machine had been breathing for me.

I just had the tubes removed from my throat and nose.

I couldn’t be angry with him for rejecting me but I was quite comfortable being angry with myself.

That was a perfect example of Rage turned inward.

All of these emotions make me very uncomfortable. So uncomfortable that I almost killed myself rather than feel it or God forbid; express them. My doctor said it is the PTSD I suffer from due to the violent and dangerous nature of my childhood.

Rage… I didn’t want to think about it let alone write about it. However, if I want to live a healthy and happy life I must acknowledge the existence of these emotions. I have to remove the stigma I hold for them in order to feel them in a healthy way.

Writing this piece is a step in that direction.

This entry was posted in Family, Parents and tagged Anger, family, Rage, Violence and Abuse. Bookmark the permalink.

It's Not What Knocks You Down...
Geek Logs

Bipolar Mom Life
It's About the Animals

Help the Animals that were left behind...

socks over my shoes

What do I do next?

You can now find it at www.leeannjefferies.wordpress.com

Everything For Horse & Rider at www.greenmountainhorse.com

Scratching out words into the world.

Photography and writing by Lianne Ashton ©

Views From A Small Island

A photographic record of the everyday and the not so everyday life around the UK.

finding my voice and speaking my truth