Two years ago feels like yesterday. That is how clearly I remember Mother’s Day of 2012. I had only been out of the hospital for a few days and didn’t know where were my life was headed. I full on resisted the idea of divorce or moving out but didn’t yet accept that I had no choice in the matter.

The decision had been made.
I had not been consulted.
Our marriage and life as I knew it was over.

I didn’t realize it at the time but it was the best thing that ever happened to me. I was set free on May 5, 2012. Freedom from the expectation and oppression that had become my life.

While most would say I “survived” that night, I know the truth.
I died.
Then I decided to live… and that is what I have been doing ever since.

Living… for me that started with allowing myself to feel. I needed to feel the pain that I had been bottling up my whole life. Even though I thought all those tears belonged to the loss of my marriage (the idealized version I had created and protected with all my being), they didn’t. By feeling, I mean crying. Expressing emotion through the leaking of fluid from my tear ducts. Toss in body wracking sobs and you get the idea.’

You see, I was raised to hold it all inside.
Not to show emotion.

My selective memory recalls that one of my mother’s favorite songs was Don’t Cry Out Loud, the Melissa Manchester version (1977). I don’t believe that Peter Allen and Carole Bayer Sager (the writers) intended for a 15 year old girl who felt, unloved, unworthy and unwanted to take them to heart, hold them tight and wrap those words around herself like a protective cape.

As I read over the lyrics, hearing the music in my head, I realize that once again my selective memory held on to just a few of the lines. The ones that served my misguided, but well intended efforts to protect myself.

“Don’t cry out loud
Just keep it inside, learn how to hide your feelings
Fly high and proud…”

I had learned early on that showing emotion equated to weakness. At least in my family. So, I sought out relationships wherein my partners didn’t feel comfortable with the outward display of emotions… extreme emotions that is.

A smile when happy: Fine.
A stray tear when sad: Acceptable.
Apologizing for all that went wrong: Preferable.

I can’t blame them. I chose them. It suited who I was or who I thought I should be. Strong. Immovable. Capable. Non-emotional.

I wasn’t an angel by any means.
Nor an automaton.
Early on I would get angry.
Very angry and I would yell.
Throw things.

It was the only outlet I would allow myself. The only one I felt comfortable with. The only one that was modeled for me growing up. Then I realized how each and every time I allowed myself to give in to that base level of anger I just felt worse. I would mentally whip and demoralize myself until I felt so small I couldn’t stand to look at myself in the mirror. So I stopped.

I didn’t have that release anymore so I began writing.
Then painting.

That helped a bit but it wasn’t a cure. I took a lot of the anger out on myself. The anger became my enemy and it scared me. I didn’t want to feel it. When I did try and release emotion–appropriately–it wasn’t received well. Which in turn gave me the message I had learned in childhood.

“Don’t cry out loud
Just keep it inside, learn how to hide your feelings
Fly high and proud…”

So, on May 5, 2012, when my (ex) husband said he no longer wanted to be married to me I did what I was trained to do. I didn’t cry out loud. I kept it inside. I hide my feelings. And then I took a lethal overdose.

A part of me did die that day.
The part that felt worthless, unloved and unworthy.

Two years ago… feels like a lifetime because it was. A different lifetime.
Now I embrace the tears.
The laughter.
The joy.
The love.

I am not perfect.
Far from it.
I have been on an incredible journey and it is far from over.

I clearly remember Mother’s day of 2012.
The sadness.
The pain.
The loss.

I am glad that I remember.
I embrace the memory.
Because it makes today that much sweeter. 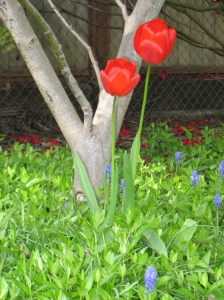 This entry was posted in Life After Divorce and tagged death, Divorce, fear, Grief, life after divorce, loss, Relationships, Suicide. Bookmark the permalink.

It's Not What Knocks You Down...
Geek Logs

Bipolar Mom Life
It's About the Animals

Help the Animals that were left behind...

socks over my shoes

What do I do next?

You can now find it at www.leeannjefferies.wordpress.com

Everything For Horse & Rider at www.greenmountainhorse.com

Scratching out words into the world.

Photography and writing by Lianne Ashton ©

Views From A Small Island

A photographic record of the everyday and the not so everyday life around the UK.